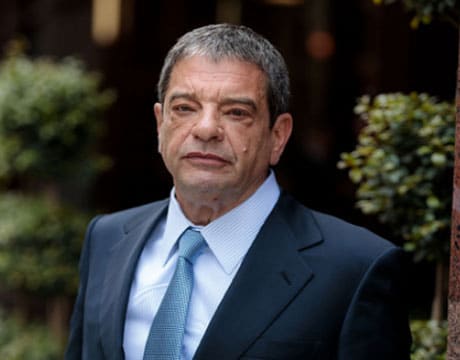 With over 30 years of experience handling Illinois workers compensation claims, you’d be hard pressed to find a workers’ compensation circumstance Mark DePaolo hasn’t handled. Having briefed and argued numerous high-profile cases before the Illinois Workers’ Compensation Commission and the Appellate Court of Illinois, Mark’s vast knowledge base and experience puts his clients in the very best of hands.

Mark’s impressive line of credentials include having served as a past President of the Workers’ Compensation Lawyers Association, an organization he is still a current member of. Super Lawyers, an organization dedicated to recognizing exceptional lawyers through independent research and peer nominations, has selected Mr. DePaolo as an Illinois Super Lawyer a whopping seven times. But that’s not all! In 2010, Best Lawyers in America honored Mark as one of the finest Workers’ Compensation Lawyers in the field.

Mark DePaolo’s educational journey began in the Windy City, where he received his Bachelor of Arts undergraduate degree from DePaul University before earning his Juris Doctorate from Northern Illinois University Law School.

Since being admitted to the Illinois State Bar Association and the United States District Court for Northern Illinois in 1979, Mark has dedicated his career to helping people injured on the job find the compensation they are entitled to. His compassionate client focused approach and wealth of experience truly put Mark DePaolo a cut above the rest when it comes to Workers’ Compensation Law.

If an industrialized society does not have a working class that
equals a middle class, then it has nothing!

CONTACT US
Reported Cases
Let’s Discuss Your Case
Thank you for your interest in DePaolo & Zadeikis.
Please fill out the form below and we will contact you as soon as possible